IRVINE, Calif. -- May 9, 2006 -- Blizzard Entertainment, Inc. and Legendary Pictures today announced that they have entered into an agreement to develop a live-action film based on Blizzard Entertainment®'s award-winning Warcraft® universe. Based on the terms of the agreement, Legendary Pictures has acquired the movie rights for the best-selling game universe, and both companies are now focused on translating the high-quality Warcraft entertainment experience to the big screen.

"We searched for a very long time to find the right studio for developing a movie based on one of our game universes," said Paul Sams, chief operating officer of Blizzard Entertainment. "Many companies approached us in the past, but it wasn't until we met with Legendary Pictures that we felt we'd found the perfect partner. They clearly share our high standards for creative development, and because they understand the vision that we've always strived for with our Warcraft games, we feel there isn't a better studio out there for bringing the Warcraft story to film."

"One of our goals at Legendary Pictures has been to bring heroic stories to life in groundbreaking ways, and it's inspiring to work with a company such as Blizzard that takes that approach with each of its products," stated Legendary Pictures chairman and CEO Thomas Tull. "The Warcraft universe is possessed of such a rich mythology and, as such, serves as an ideal platform as we go about translating that universe into what we intend to be a major event film."

Blizzard's Warcraft games have developed a loyal following since the series debuted in 1994. Warcraft II: Tides of Darkness™, released in 1995, won multiple Game of the Year awards and is still considered one of the best games ever made, and Warcraft III: Reign of Chaos™ broke multiple sales records when it launched in 2002. World of Warcraft®, Blizzard's latest entry in the critically acclaimed franchise, has quickly become one of the world's most popular online games, with more than 6 million paying customers worldwide.

"From our first Warcraft game to our latest novels, our intention has always been to develop a rich fantasy universe that could support stories and products in many forms," stated Chris Metzen, Blizzard Entertainment's vice president of creative development. "In addition to being a truly rewarding experience for us, the creation of this motion picture also feels like a natural next step for the Warcraft universe."

"It's not always the case that interactive game properties lend themselves to proper adaptation to film," said Jon Jashni, Legendary Pictures' chief creative officer. "We are intending to approach this as we would the adaptation of a best-selling novel: respect the essence of all that it is but also build upon that fertile base while translating it into a new medium."

Further details about the upcoming Warcraft movie, including director, cast, and targeted release date, will be revealed in the months ahead.

Best known for blockbuster hits including World of Warcraft® and the Warcraft®, StarCraft®, and Diablo® series, Blizzard Entertainment, Inc. (www.blizzard.com), a division of Vivendi Games, is a premier developer and publisher of entertainment software renowned for creating many of the industry's most critically acclaimed games. Blizzard's track record includes nine #1-selling games and multiple Game of the Year awards. The company's free Internet gaming service, Battle.net®, reigns as the largest in the world, with millions of active users.

Legendary Pictures formed a partnership with Warner Bros. Pictures in 2005 to co-produce and co-finance at least 25 pictures during an initial 5-year term, which includes a first-look distribution arrangement. The company operates from the Warner Bros. lot in Burbank, California. Legendary Pictures' first film was Batman Begins, directed by Chris Nolan. Future releases include Superman Returns, directed by Bryan Singer, M. Night Shymalan's Lady in the Water, and Roland Emmerich's 10,000 B.C. 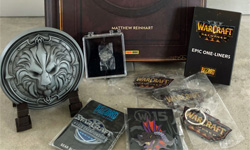 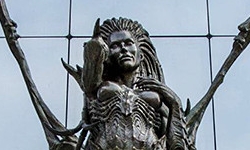